“Collapse or communication: urbanism of conflicting interests” was the first to be held in a series of discussions about the state and the problems of the planning system in Serbia, directed primarily at establishing a public arena for open dialogue in which all interested parties participate. The diversity of the positions of values and interests […] 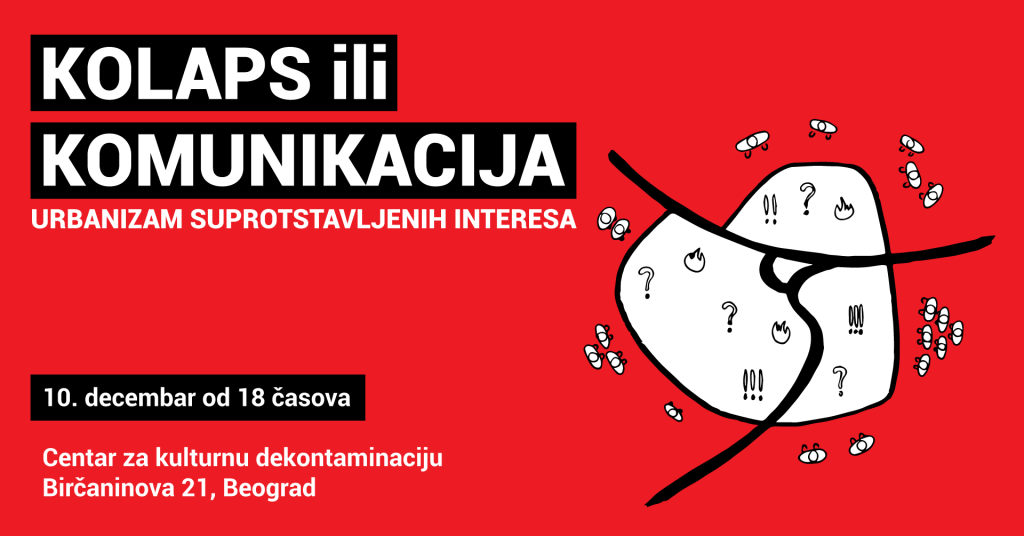 Collaborative planning practice is based on creating an arena for an argumented debate.  The goal of public debate “Collapse or Communication” held on December 10th at CZKd was to set ground for cogent debate on urban development, in order to contribute to improving urban planning practice. As a first step, we have invited representative of […]