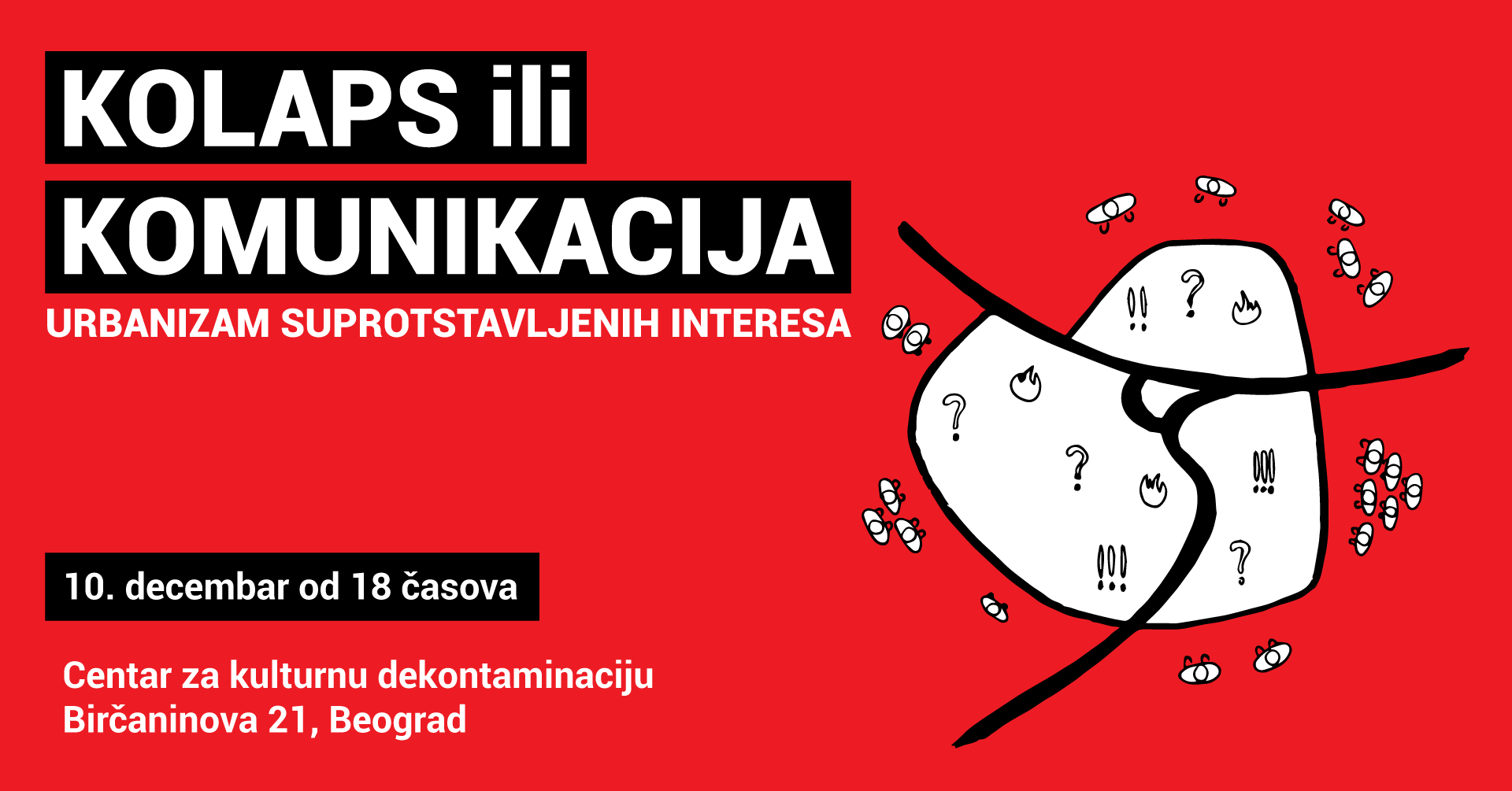 Collaborative planning practice is based on creating an arena for an argumented debate.

The goal of public debate “Collapse or Communication” held on December 10th at CZKd was to set ground for cogent debate on urban development, in order to contribute to improving urban planning practice. As a first step, we have invited representative of all three sectors (public, private, civil) and asked them to elaborate on their perspectives of urban development and give recommendations.

The starting point for the debate are changed conditions for spatial development that emerged after the democratic changes in 2000, with the transition to a market economic system and the adoption of the principles of democratic dialogue. From the perspective of the planning system, this has led to two key changes: a) the establishment of private ownership of land and b) pluralism of interests over the processes of spatial distribution of resources. However, although these changes significantly changed the logic of spatial development, the planning system, viewed as part of the entire regulatory system, did not fully follow it, which consequently caused many problems in planning practice that we are witnessing today and ultimately distrust of the planning institution.

Several aspects of this context are of particular interest to us:

The discussion on these aspects, as a first one in a series of discussions, aims to establish a public arena for joint reflection on the process of spatial development and the promotion of collaborative decision making. As an initial step, the invited participants are expected, from their point of view, to answer the following two groups of questions:

The initial discussion is expected to illuminate different positions and views of the same thing by the invited participants.

The talk was preceded by a presentation of the project and research produced by the alumni of the Master course Integral Urbanism and a presentation by urban planner Ana Graovac on urban planning in Belgrade.
More about the event and videos: